? Is a Kickstarter Campaign or Beta Launch Right for You?

Is a Kickstarter Campaign or Beta Launch Right for You? 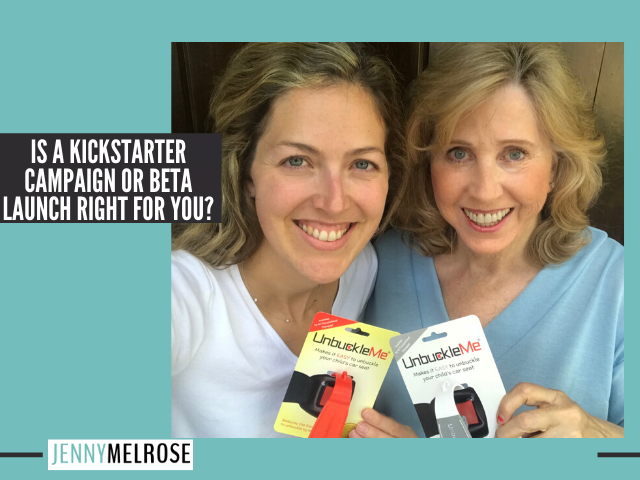 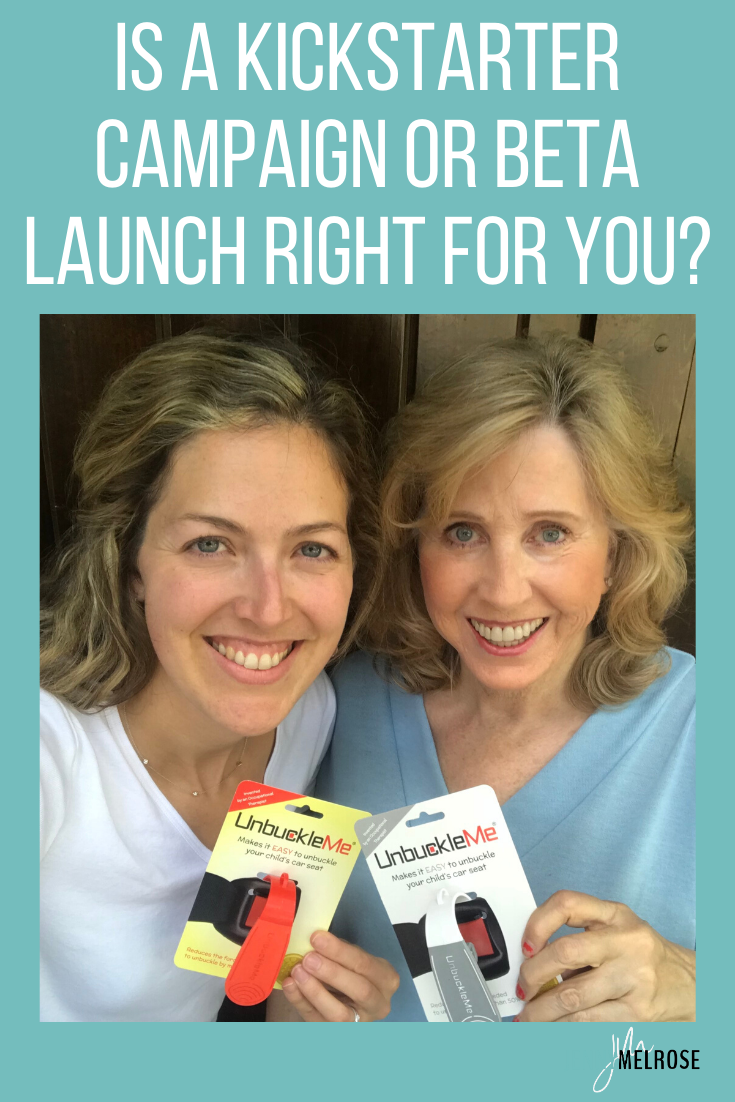 If you create physical products, have you thought of doing a Kickstarter campaign or a beta launch? I am a huge advocate of beta lunches as they tell you whether or not people would be willing to give you money for the solution to their problem.

IE 180: Is a Kickstarter Campaign or a Beta Launch Right for You with Becca Davison of Unbuckle Me

My guest on today’s podcast has an amazing story to share.

Becca Davison appeared on Shark Tank with her mom, who actually created their product, Unbuckle Me, a tool to help grandparents and those with physical limitations unbuckle their child’s car seats with ease.

Becca and her mother were well-prepared for their time in front of the sharks and ultimately walked away funded by sharks Mark Cuban and Lori Greiner.

That funding, along with a Kickstarter campaign, got their business rolling.

Becca admits to not putting a lot of thought into whether or not to do a Kickstarter; they needed money to produce their tool, and a Kickstarter was a great way to raise that money.

But along the way, she learned a lot and came to realize that doing that Kickstarter was actually an amazing way to start their business.

Not only did they need the funding to build the induction tool that makes their Unbuckle Me, but Becca needed to research the market for the product. Obviously your family and friends are going to think your idea is cool, but what about the rest of the world?

Does your product solve a problem that people actually need solved?

Kickstarter allowed Becca to take the feedback from a broader group of people and put into words how the product provided a solution to their problem.

It also answered the question, would anybody actually pay for the solution?

Becca and her mom were able, through the technology of 3D printing, to create a prototype before they launched their Kickstarter. They produced 50 of the tools to send to people for their feedback.

That feedback was invaluable.

Several people mentioned wanting a keychain attached to the tool to make it easy to keep up with after purchasing it.

This feedback allowed them to have a better and more thought-through product to send to Kickstarter.

These people who help you build a better product become your most loyal brand ambassadors. Becca just heard from someone recently who told her that she had one of those original prototypes and it had just broken.

This wasn’t unexpected from a prototype but what struck Becca was the fact that this woman was still using the product and when it broke, she immediately contacted her.

From Kickstarter Campaign to Shark Tank

Three years passed between the prototype of Unbuckle Me and their appearance on Shark Tank.

Becca says that the journey of bringing a product to market is “not for the faint of heart.”

They spent those 3 years trying to get the word out to more people and new retailers about their product. There is also the need for a certain number of reviews on Amazon. It was a journey of highs and lows.

Becca and her mom always knew that Shark Tank was a possibility on the horizon for them, along with applying for and getting patents for their product.

Becca attended business school in New York and worked in investment banking and management consulting in New York before moving back to Houston. She loves business but she is also passionate about being an entrepreneur.

When she was in business school, there wasn’t all the information available about becoming an entrepreneur like there is now.

Shows like Shark Tank, technology like the 3D printing Becca used to produce the prototype, and platforms like Amazon have all combined to make becoming an entrepreneur easier now than it’s ever been.

Social media provides a great opportunity to spread your message and get it in front of more people.

When I asked Becca what the most challenging aspect of growing her business had been, she said, “Without a doubt, time management.”

As a wife, mom, corporate consultant, and business owner, her time is spread pretty thin. The trick for her is deciding what the uppermost priorities are and focusing on them before worrying about anything else.

She has also learned to ask for help and to bring in people with expertise in certain areas rather than trying to learn everything and do everything herself.

It’s so important to know what your time is worth and not spend that valuable time on things with little to no return on your time investment.

If you’re fascinated by Becca’s story like I was, you can find out more about getting your own Unbuckle Me tool on their website.

And to connect with Becca, follow Unbuckle Me on all social media channels.

Lastly, if you aren’t aware, customer reviews on Amazon can take a product a long way, so if you’ve had a great experience with Unbuckle Me, Becca would love it if you would take a minute to leave a review on Amazon.