? IE 21: How to Get Paid to Travel as a Blogger or Social Media Influencer

IE 21: How to Get Paid to Travel as an Influencer

Are you wondering how to get paid to travel or at least have your travel compensated?  As a blogger or influencer it is possible if you know the steps to take and who to reach out to.

IE 21: How to Get Paid to Travel with Chrissy Taylor 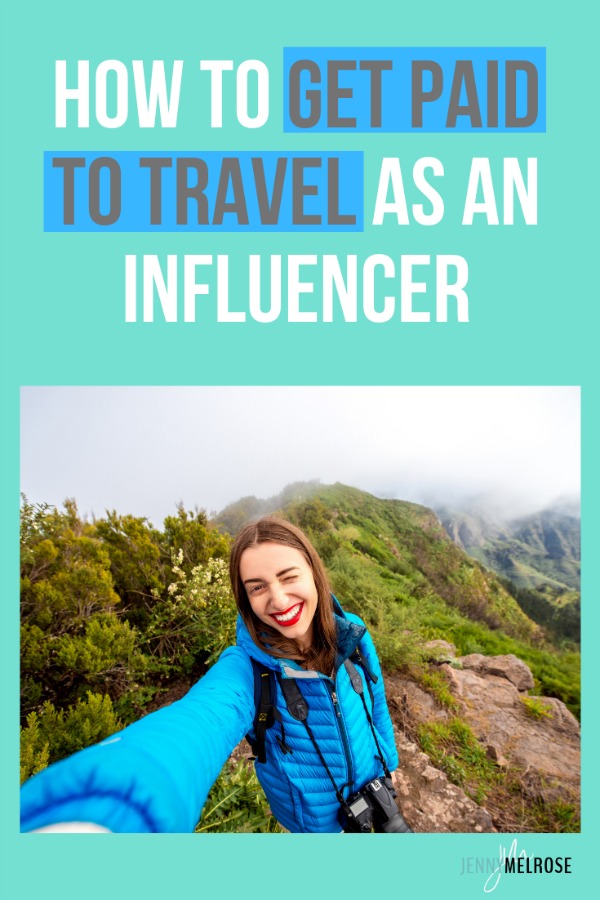 I’m so happy today to have with me Chrissy Taylor of The Taylor House. I’ve known Chrissy for several years now as we both started blogging right around the same time. Chrissy is here today to talk about how to add travel to your site and actually get paid to travel. She has taken some amazing trips herself and she’s offering the actual pitch that she uses for my listeners today!

Chrissy began blogging when her children started school. She had zero interest in working for someone else but she did want to create some type of business that she had control of. Before staying home with her children, she was a nurse. I point that out because Chrissy wants it to be clear that she has no background in journalism, writing, or marketing…all the things she does now as a blogger on a daily basis.

Chrissy and her family have traveled to some really cool places within the United States like Destin, Florida, St. Louis, and California. They’ve been several other places near their home as well.

The biggest highlight of their travels, however, was a 2-week cruise through Europe last year! The cruise started in Paris and ended in Prague and included castles along the river and more. Chrissy pitched for the trip and felt really lucky to get it. She also got a 9-day Alaskan cruise that was absolutely breathtaking.

You may be wondering, when I say she pitched it, what does that mean exactly? Guys, she did exactly what I always tell you to do! She got on the Viking cruise lines website and found a contact email. Because she is mainly a food blogger, she included a desire to blog about food along the cruise in her pitch. And they agreed.

How Chrissy Pitches to Get Paid to Travel

When sending in those initial pitches, it’s important to know exactly what you should include. I asked Chrissy to share what she includes in her initial pitches so you can get an idea of how she does it for such large items as international cruises.

In her first pitch, she includes her idea about food-related travel but she keeps it fairly general; letting them know she has an idea and would like to send them her proposal to see if it can work out. She doesn’t give them the details upfront simply because if the pitch doesn’t work, she doesn’t want them to take her idea and go elsewhere with it.

When figuring out who to reach out to, Chrissy always begins with the visitor’s bureau in whatever city or state she is planning a trip to. Many times, they will give you the contacts for hotels in the area. If they won’t, she begins checking out the individual hotels herself. Each city has a chamber of commerce or visitor’s bureau so if you just Google the city and visitors bureau, you should be able to find the information you need.

Every blogger has to decide which social media platforms to concentrate on for their business. It depends on where your audience is. For Chrissy, Twitter has definitely been a great platform to be active on.

I know a lot of people think that Twitter is dead or dying but all of the brands are on there. If you can’t get an email address for a contact person, tag the brand on Twitter. Chrissy has a theory about why the brands hug Twitter so closely and it’s called impressions. On a press trip last year, Chrissy and the 6 other bloggers she was traveling with used mainly Twitter. Their goal for the trip was 2 million impressions. Instead, they received 22 million.

Chrissy wasn’t always a travel blogger; she was mainly a food blogger, remember? I asked her how she began incorporating travel into her Instagram account in order to build that part of her business.

The way she went about it was, first, editing photos that she took on any traveling she did personally. She got better at photography and editing. Then she began sharing all of those photos on her regular IG feed. Her audience loved them so much that she eventually started a new IG account just for her travel shots. In 5 months she has grown this account to over 3K followers.

Deliverables to Get Paid to Travel

If you do a sponsored post for a trash bag company, you’re totally fine with a blog post and a social media share or two. But when you’re talking about a 12-day cruise? Well, the deliverables change a little bit, depending on your usual sponsored post rate and the price of the travel.

For the European cruise that Chrissy did with her husband, she did have to cover his airfare but her airfare was covered along with both of their fares for the cruise. In return, she wrote 2 blog posts and did social media coverage while on the cruise.

For those of you who are interested in travel campaigns, I asked Chrissy to share some tips for getting started if you have never done it before.

How to Stand Out in order to Get Paid to Travel

If your goal is to increase your income this year, you’re going to have to find a way to do it that everybody isn’t already doing. Are you that travel blogger we’ve been talking about in this episode? Perhaps you create a set of printables for your readers who travel.

There is certainly no shortage of brands available to work with. However, if you want to increase that income, you have to find a way to step out of the box. Find that unique thing that nobody else is doing and watch your income soar!

Be sure to go over and grab my pitch cheat sheet. You’ll want it for the next time you pitch a travel campaign. And let me know in the comments if you’ve done any travel campaigns and how it’s worked for you. I love hearing from you.