? Zone of Genius Examples when it comes to Outsourcing 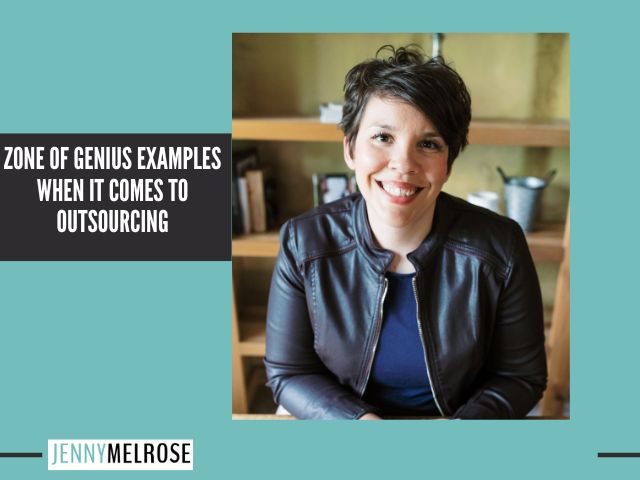 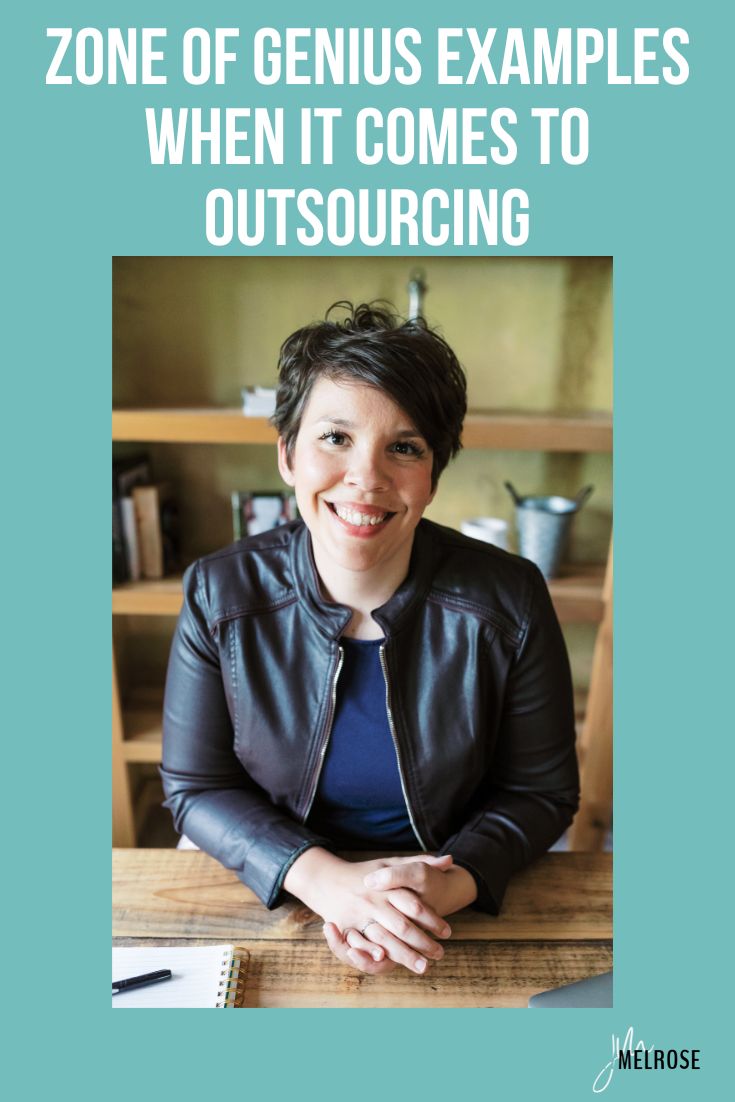 On today’s episode we have special guest Emily Perron giving us examples on zone of genius when it comes to outsourcing.

IE 299: Zone of Genius Examples when it comes to Outsourcing with Emily Perron

Not only to uncover their zones of work but also to build their teams because if you want to spend more time in your zone genius , you have to get some help doing it.

So that’s how Emily got into this space and this passionate topic for her.

What are the different zones of work?

Zone of genius really comes from this bigger framework right?

It comes from the four zones of work from Gay Henderick’s book, The Big Leap.

In that framework, there are these four zones that Emily thinks of as a pyramid, as you move up the zone gets smaller and smaller.

The base of the pyramid is zone of incompetence, everything you’re not good at.

The second layer is the zone of competence, this is everything you can do, it’s a little smaller but still pretty wide.

The third layer is the zone of excellence, this is where we’re starting to get into the things that you are really good at.

Better than most people, your business might even be built around this, but it doesn’t quite let you up.

Emily thinks it’s so important to be able to look at that and she’s always seen it when Gay Henderick says it.

The idea of the pyramids makes it very visual for you to understand that that piece allows you to do less when you’re in that zone of genius.

How do you determine your zone of genius?

Emily thinks that there’s no answer to it, that’s what makes it so challenging is that no one can tell you what it is necessarily.

In the book, Emily was reading it again recently and Hendrick’s advice on how he did it, the book said to reflect for a week.

But when Emily had tried that when she had read the book for the first time it didn’t work for her.

That’s when she started experimenting and figuring out and uncovering for the last 7-8 years.

One of Emily’s favorite tools is time tracking, because if you don’t know where you’re starting from, it’s hard to know how to spend more time in your zone of genius.

Time tracking for a week or two is one of the most powerful ways to start uncovering and then see how you’re spending your time and start categorizing every activity you’re doing.

Give it a label: which of the four zones are you in when you’re doing that work?

That’s how you can start to see the things that you’re labeling genius excellence.

That’s where you want to move towards spending more time in those activities.

What is the trap of the zone of competence?

It’s so easy to hire a web maintenance team to take care of that stuff to maintain your website.

But competence for people who are creative and entrepreneurial is just tough because we can do it.

So if everyone in your team can be aligned with their zone of genius, that’s when you’re really starting to maximize everyone.

The trap then is that the zone of competence ends up being one of the hardest areas to outsource because it can be really hard to let go of those things.

Sourceful entrepreneurial mindset where a lot of times we have to do a lot of things because we’re the only person there to do them.

But as you grow it’s wise to start getting off of that mindset, even if it is hard.

Even if that zone of competence is something that’s really hard to let go of.

They can start thinking about “what is it that I could hand off that I’m incompetent with, like we said we already understand those are things we can hire specialists for.

Some examples of zone competence is social media management, that has been the number one role that Emily has been recruiting for.

It keeps coming up in the organizational strategies that she’s creating with her clients as well that they need help with.

Thinking of food blogging in particular, where it doesn’t have to be the recipe creator that writes the blog post.

You can be more of an editor and just check it throughout, have a template that you use that the writer fills out.

In a lot of those questions that they’re answering in the blog post, anyone can write those up.

So if writing doesn’t let you up, it is not the way you want to spend your time, there are so many other phenomenal writers out there that makes it easy to fill that position.

The other one that comes to mind is a project manager, basically hiring somebody to manage more of the details of your business and making sure all of the pieces are coming together in your editorial calendar.

If you’re creating a new blog post or you have a campaign for a brand that all the people need managers for.

That’s the hardest thing that Emily found in her entrepreneurship, a lot of her clients talk about it as well that there’s just nobody managing them anymore.

So it’s all on them and it can feel really heavy at times, especially if you’re not someone who is super organized.

Emily has created a zone of genius workbook that is filled with reflection questions that covers all four areas of the four zones of work.

She really wanted to create something that would help others as much as it has helped her.

It has helped her to have more questions to reflect on, not just reflect for a week and figure it out.

More of thinking through all these different areas and starting to notice it.