? Lydia Fenet: The Most Powerful Woman in the Room is You

Lydia Fenet: The Most Powerful Woman in the Room is You 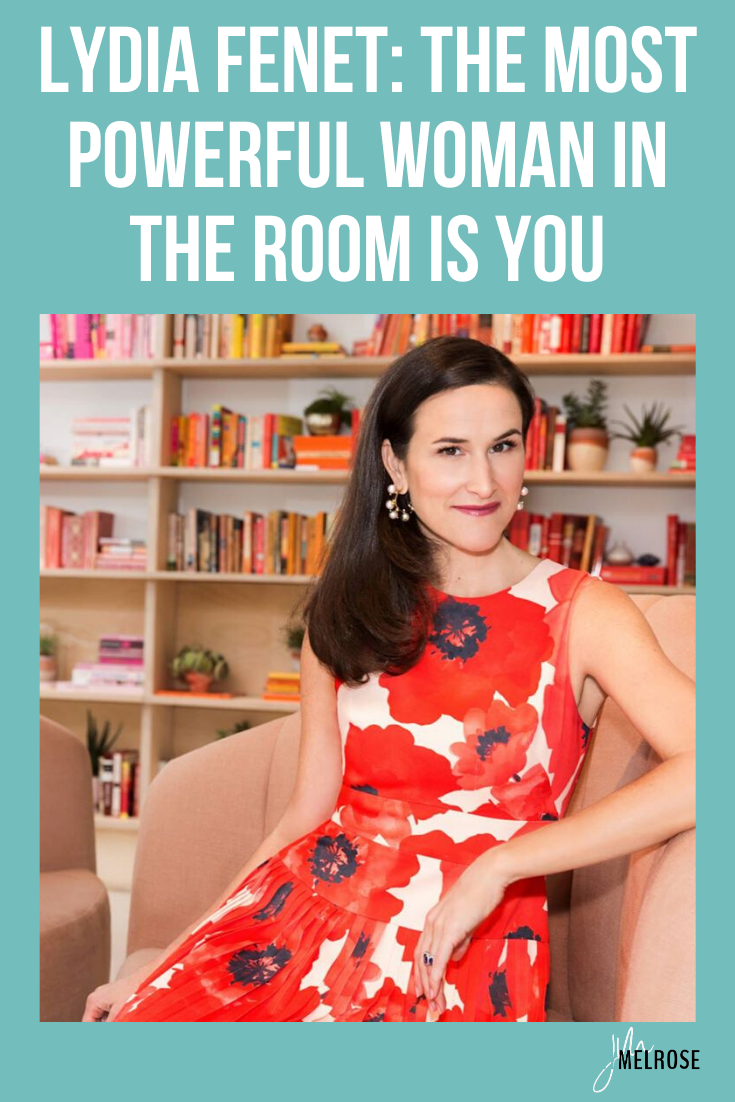 Lydia Fenet is a global managing director for Christie’s Auction House and is the lead benefit auctioneer.

She has two roles in her company: she spends her days in the office securing large-scale global partnerships for Christie’s and she spends her nights on stage raising money for non-profits around the world.

Lydia is also the author of the book “The Most Powerful Woman in The Room Is You.”

IE 165: Lydia Fenet: The Most Powerful Woman in the Room is You

As a lead benefit auctioneer, Lydia stands on a stage and works to raise money. She gets up in front of thousands of people at a time.

Where does the confidence come from to command a room that size?

The Most Powerful Woman In the Room

She received this type of question enough to know that she needed to answer it.

She looked back over her life and all the stories that had led her to the place of being “the most powerful woman in the room.” This is a book of life lessons that other people can benefit from.

Lydia wanted the book to be hot pink in order to be eye-catching but also to take back the meaning of the color pink. Pink is often viewed as soft and lovely, but it can be strong and powerful, just like femininity.

Drawing the Reader In

Lydia’s story-telling ability is what drew me into her book.

She was an avid reader as a child and knew what a story looked like. There had been discussions about using a ghostwriter for her book, but after reading her first chapter, everyone knew that she had to be the one to write the book.

The introduction to the book was written when she was in a friend’s car traveling home from a spin class. She wanted to draw the reader in with her words after they had been drawn in by the cover.

Bringing the reader along on the story will not only keep them curious but also allow them to visualize what the author is experiencing.

*Listen in at 8:30 to hear an amazing story Lydia shared about meeting Matt Damon!

Being Confident In Your Business

“How do I price myself in the market?”

As freelancers and entrepreneurs, we aren’t asking for raises from our bosses, because we are our own boss. Something is priced well when you’re getting as much as you can and doing as little work for it as possible.

If you’re selling a product and selling out every time, price your product higher.

Go in thinking about what you really want and always go higher. You have to be willing to walk away if something is not going to work out the way you want.

This all comes from having confidence in yourself and your business.

The Importance of Networking

Lydia talks about the importance of networking in her book. This is a big piece for online entrepreneurs. It can be a struggle to find people “in real life” when you’re used to making connections via social media.

Everyone is looking for someone who does the exact same thing they do, but that’s not how networking should work.

You should be looking for people who do different things than you so that you can access their networks.

These people may be like-minded or in the same space, but they have a network that will help you broaden your network. If you just work with people who do the exact same thing as you, your network will never grow.

Utilize a digital networking group, such as LinkedIn. This will allow you to see what networks that person has access to and reach out to them. You can do this with any social media platform. It’s an amazing way to meet people.

A networking group shouldn’t just be about venting or complaining to another person in the industry. It should be about making connections to grow your business.

If you don’t have this networking group, create one.

Lydia and a friend created a networking breakfast that has been going on for 6 years and allows people to meet others. Connections are always made and jobs are created.

Making Your Dream a Success

Writing a book is a huge undertaking.

Lydia’s book has been the manifestation of so many of her dreams and it’s been the best year and a half of her life since writing it. All of the things she is experiencing now are because she pushed herself to write the book.

It wasn’t easy. She had an almost 1-year old, (her third child) while she was writing. She was still nursing and barely sleeping. She was carving out an hour here and there to write so that she could still be spending time with her kids.

Seeing what has come from writing the book has been magical and rewarding in more ways than Lydia could have imagined.

Whatever your dream is, just do it. If you get behind it and pursue it wholeheartedly, you can make it a success.