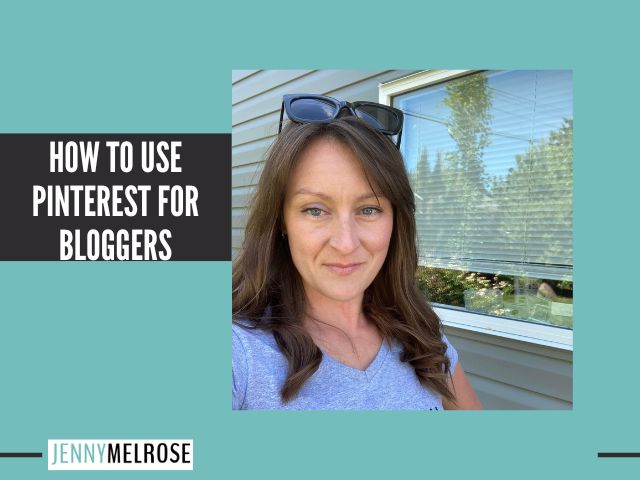 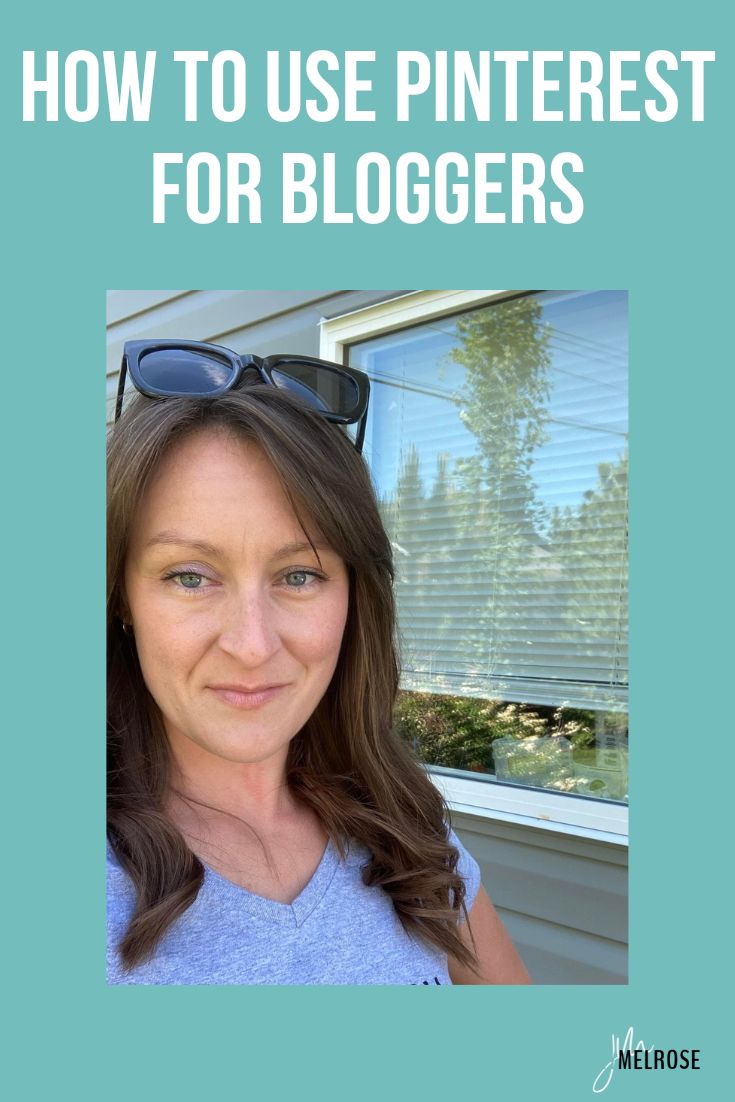 On today’s episode we have Carly Campbell talking to us about how we can successfully use Pinterest as bloggers to grow our business and create traffic on our page.

Our guest’s name today is Carly Campbell, she is a fulltime stay at home mom and blogger.

Carly started blogging in 2016 when she was pregnant with her first child, she knew that going out of the house to work was not something she was interested in.

When we go pre-2016,  Pinterest was a real time feed, you just posted your content in real time and it showed it to whoever was on Pinterest right then and there.

It was really easy to get traffic on anything that you posted and it didn’t matter the niche.

It didn’t even really matter if the user was interested in looking for that subject when they sat down because it was going out in real time.

When she started in 2016 people were talking about how Pinterest aged. People were leaving blogging left and right because Pinterest wasn’t working the way it used to.

Carly says she was fortunate enough to have come into Pinterest at a time where it was clear that Pinterest was going to change while she used it.

At the very end of 2015, people hung on and kept going, they used Pinterest as a search to put their content into and properly SEO it.

For those who pushed through and learned to deal with the changes that occurred, interest was still a really easy source of trust.

Yes, with the caveat that you have a niche that is Pinterest friendly, so maybe not for every single blogger.

Carly sees a lot of people frustrated that they can’t repeat their success, they’ll get a pin that will escape the algorithm because people are interacting with it because it’s a deep belt need.

It’ll bring a ton of traffic, they can’t repeat their success; it’s frustrating, but content that is actionable and tangible, that people are looking for on the platform that kind of content can still do really well.

Carly’s niche site is a seasonal hobby site, so it’s only relevant in the summer and is very specifically about how to create these things.

So when she says niche, she’s really going as far as calling it a micro-niche, but if it wasn’t so niche Carly would expect it to be able to get more traffic from Pinterest.

We are absolutely seeing that it can take six months or longer for a pin to start to pick up and get out there, it can be a perfect pin, it can be perfectly SEO’d.

It can still take eight months just for Pinterest to put it out there, to check it out, to see if people like it.

This goes for sites that are just starting, but it also goes for well-established sites, if you look at what you have, that’s bringing traffic from Pinterest.

Chances are good that you didn’t pin it this week or last week or the week before you probably pinned it.

Carly would say with user intent and SEO at the forefront of your mind and bloggers should use Pinterest, Cautiously and Selfishly.

When she says selfishly, we need to be aware that since Pinterest went public in 2019, Pinterest’s goal is to make profit for Pinterest.

So Pinterest has been really pushing idea pins for about a year and a half now, in the past couple of months, Pinterest has rolled out this program called the creators program.

Basically they’re going to pay you to make idea pins, and there’s a lot of people talking about the success that they’re having with this creator’s program while they’re paying us to make pins.

This is a rug that will be pulled out from underneath you in the future, and not in the far future.

This is an unsustainable program for Pinterest as far as Carly is concerned, if you are ones who have been invited to this, will be making a few hundred dollars a month right now that will decrease.

Be careful putting too much effort into this program.

What is interesting is that currently, this budget of $500,000 a year for this program is not going to go too far at $5000 per person, there are very few people that will see that kind of income.

As the program grows, that income will disperse through the thousands and thousands of bloggers that will be using it.

Carly thinks if the ones that are doing it are repurposing content, so they’re somehow using it for an idea pin or for real.

They’re piecing the video or content somehow together to make it work so that it’s not solely content just for the platform.

On a lot of platforms, that’s what they want, they don’t necessarily look for that traffic coming back to the sites the way that business owners ideally want to.

What is the most important statistic on Pinterest, impressions or followers?

The most important statistic on Pinterest is not impressions or followers as clicks to our website right now, because we’re talking about building a business and doing what we have to do for our business.

But if Carly had to choose between the two she would say impressions, but impressions in themselves do not make money.

This is where you know if you’re not familiar with Pinterest idea pins, gain impressions can help gain followers.

What they can’t do is create clicks to your website, idea pins don’t have a link to your website so you can’t directly convert that reader without the reader taking extraordinary excess action.

Like, looking at where your URL is going to a browser and typing it in, and then looking for the same content on your website, and to be honest the average user is not going to do that.

So it doesn’t matter if you get 150,000 impressions on a pin and nobody clicks through, then you haven’t benefited from it.

We can see very clearly that followers don’t matter because back in 2015, when Pinterest was rolling out those pins in real time, followers mattered a lot because they were rolling it out in real time to your followers.

But now just because somebody follows you doesn’t mean that pin is going out to them.

You have a pin template starter kit.  Can you tell me more about it?

A lot of people get scared off by Pinterest now because their pins don’t stand out.

They don’t know how to make them look so that they’re actually there. The pin template starter kit offers two really important benefits.

One is that the changes that we’ve seen over the past six or seven years, Carly would never encourage anybody to be spending an hour a day on Pinterest more in 2016, 2017, 2018.

She would have told you that you have to be spending 45 minutes to an hour a day on Pinterest because that’s how important it is to get established on Pinterest and how much time it takes her to utilize Pinterest.

But Carly doesn’t want anybody to spend more than 15 minutes a day on Pinterest anymore.

Pin templates will reduce your pin creation time to minutes so you can get those pins created, get them on Pinterest, and get out of Pinterest to work on other things in your business.